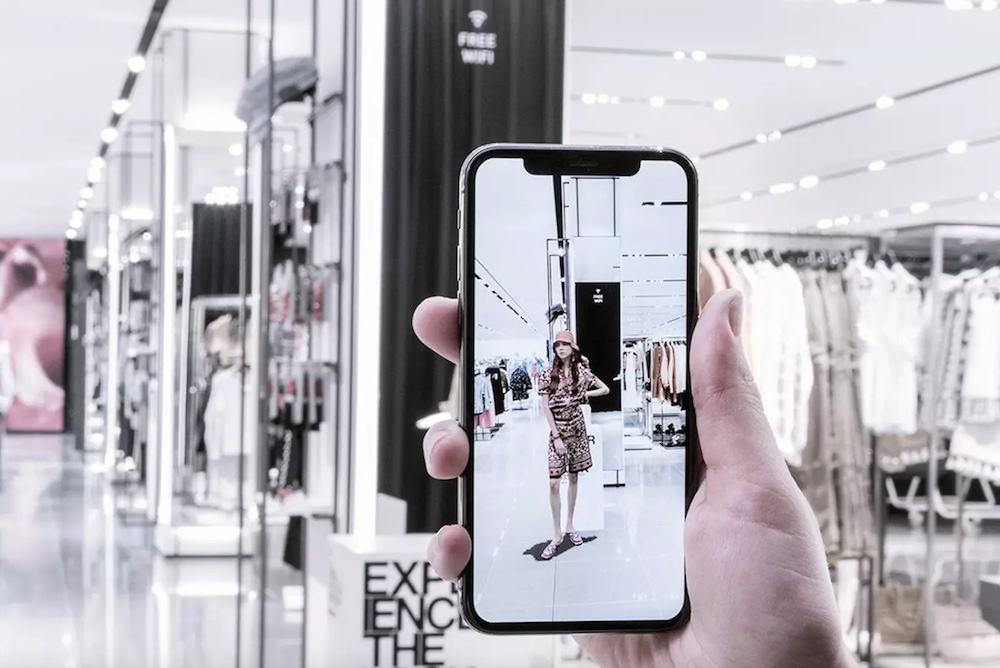 Virtual Try-on: The Next Big Thing in Luxury Business – Part 1

Virtual try-on technology enables customers to try on products using their camera equipped devices such as mobile phones. With the help of Augmented Reality, users may contextually visualize the item in which they are interested, interacting and confirming the style, the size and the fit before making a purchase.

One of the first brands to use virtual try-on was Converse, in 2012. Through The Sampler App developed for iPhones, users are able to use phone cameras to see how shoes looked on them in reality and post photos on social media as well as make online purchases.

Experts say the company was ahead of its times, as only later on in 2016 Augmented Reality technology got a big break, when Niantic launched Pokémon GO, an AR-enhanced game available both to iOS and Android users.

This app encouraged gamers to search for famous pokémons in real-life environments and settings based on GPS systems. They are able to catch these distinctively looking creatures, as well as to train and battle them against one another in “gyms”.

Seeing such astonishing results of an app, marketers started to believe in the power of Augmented Reality and to power money into the sector.

As shown by Statista, the AR market was worth 3.5 billion in 2017, but is growing consistently and expected to reach an impressive $198 billion in 2025.

To be detailed, according to Martech: 2020 and beyond by WARC and BDO, 21% of marketers are already using AR in campaigns and 46% of retailers planned to deploy AR or VR solutions base on a research of Gartner, to provide engaging, unified customer service experiences, that tell stories and convert. Moreover, when prompted what they thought would present the most exciting opportunity for their organizations in three years’ time, 14% of respondents mentioned virtual and augmented reality.

As for customers, over 100 million consumers are expected to shop in Augmented Reality online and in-store by 2020, according to Gartner.

Use of Augmented Reality democratized even more, after giant apps like Snapchat, Instagram and Facebook developed their new AR filters and, more recently, after Google even launched Augmented Reality objects on Google search.

As an increasing number of brands are using smart mirrors, consumer experiences are being reshaped too. These AR-powered devices enable potential customers to digitally try on items and have fun with experimentation while boosting online revenues.

See how mirrARme can help you implement virtual try on